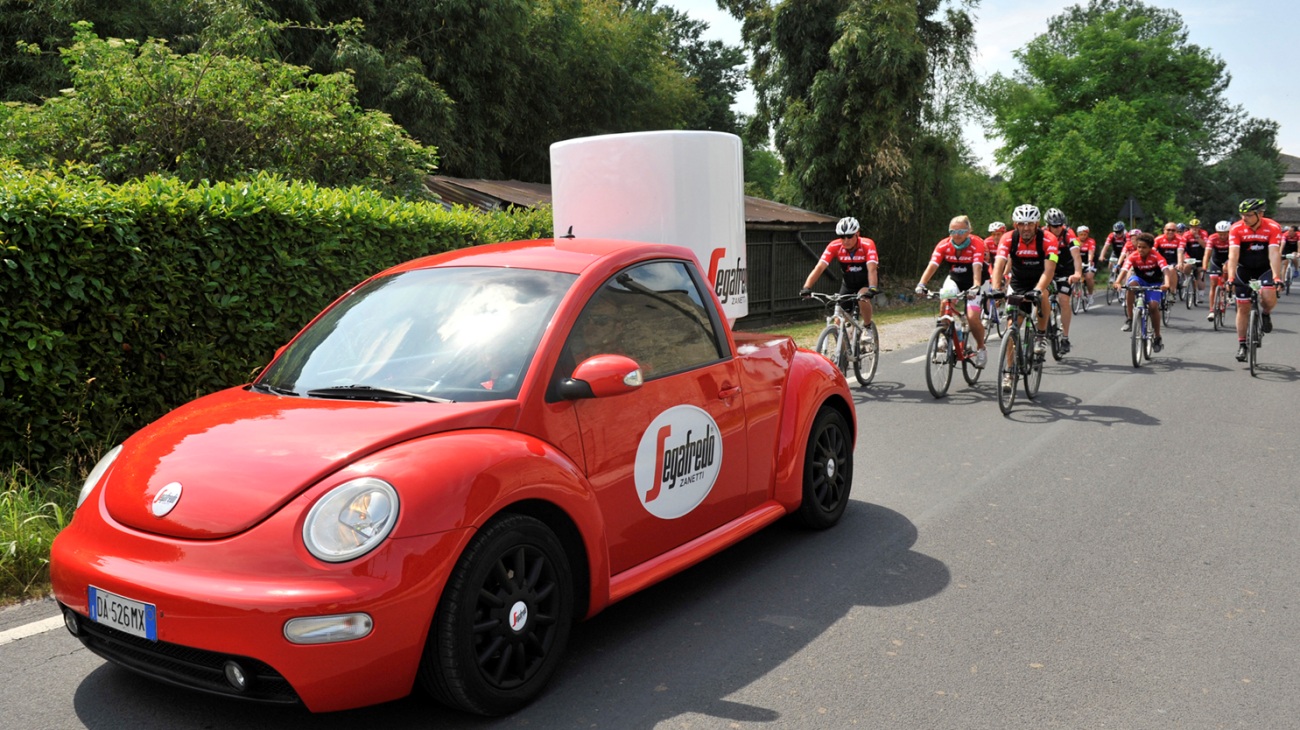 The success of the Granfondo Segafredo Città di Asolo, the 105 km cycling race that has seen the number of participants doubled compared to the last edition, continues to grow.

Next to the most competitive routes is the Segafredo Gourmet, a cycling tour designed for families, about twenty kilometres between green hills and cellars, dedicated to those who want to appreciate the beauty of Asolo surroundings in complete calm, stopping now and then to know its history but above all, to taste its eno-gastronomic specialties.

Both events have seen the participation of some leading names in the cycling world, from Ivan Basso to Fabian Cancellara, from Maurizio Fondriest to the legendary Francesco Moser, who cycled alongside cyclists still riding like Eugenio Alafaci and Marco Coledan.
In addition to these, well-known personalities from the sports world such as Edy Reja, Paolo Kessisoglu and Luca Baraldi, as well as President Massimo Zanetti, very fond of cycling.