At a Coffee Bar

For those who consider coffee sipping an important moment that must be put into the hands of expert bartenders.

There are those who experience coffee drinking as a moment for de-stressing and recharging one’s energy, but also for socializing, which must be entrusted to the skilled hands of expert bartenders.
Taking a cup of coffee at a bar becomes a shared ritual, where you can exchange a few words or just a smile with your trusted barman.​

What does the moment of the day you prefer to take coffee say about you?

#SEGAFREDOMOMENT AT A COFFEE BAR

The #segafredomoment at the bar is that moment, somewhat enjoyable and ritual, that is part of our lives and our culture. A good cup of coffee at the bar, prepared by the skilled hands of expert barmen, can simply give us a moment of pleasure and energy but is also able to turn our day into a better one!

Coffee drinking is an Italian ritual, typical of our tradition and of our culture: but how does this ritual change according to the region in which it takes place? 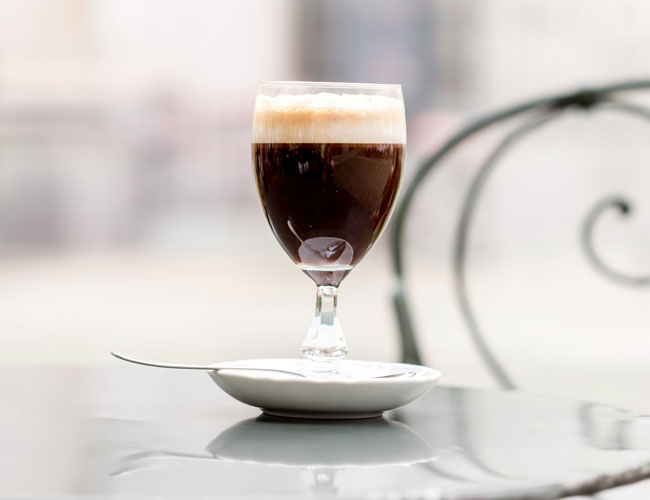 In Piedmont, coffee tradition matches perfectly up with chocolate specialties to give you a break of true pleasure, thank to its Bicerin.
This traditional Piedmontese drink is made from liquid, hot coffee-tasting chocolate and a delicate milk-flavored foam. It is served in tall glasses or glass goblets that allow you to observe the nuance of colors that is created when the ingredients are mixed. 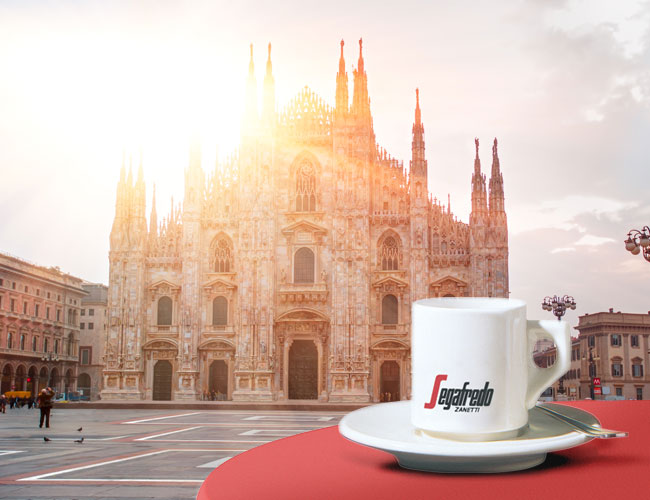 In Lombardy, cafés are the meeting places of artists, those places that have marked history being the meeting place of characters who have changed music, literature or the artistic scenario. Verdi, Boito, Puccini, Marinetti and Bocconi, and also King Umberto I and Edward VII of England, were frequent visitors to Milan’s cafés, where they stopped to enjoy a moment of pure pleasure. 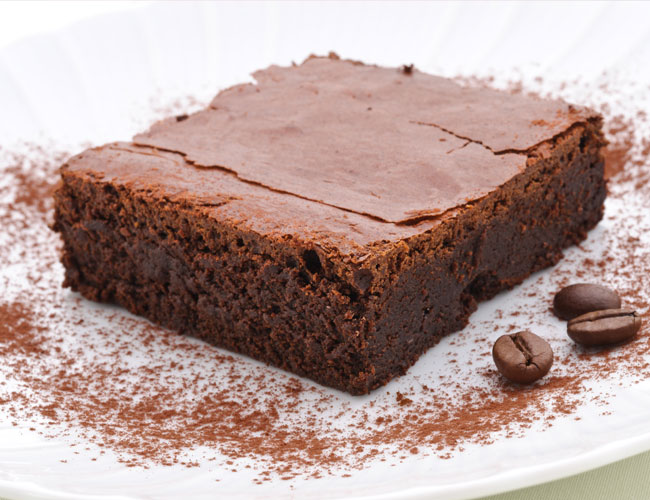 Emilia-Romagna is the region where Segafredo Zanetti was born, with the aim of offering a product of top-notch quality and guaranteed from the plant to the cup. In Emilia-Romagna, where eating well is an imperative, even coffee could not help but become a central element of the confectionery tradition: from “Dolce Mattone” to “Torta Barozzi”, coffee is the protagonist of the culinary tradition of this region! 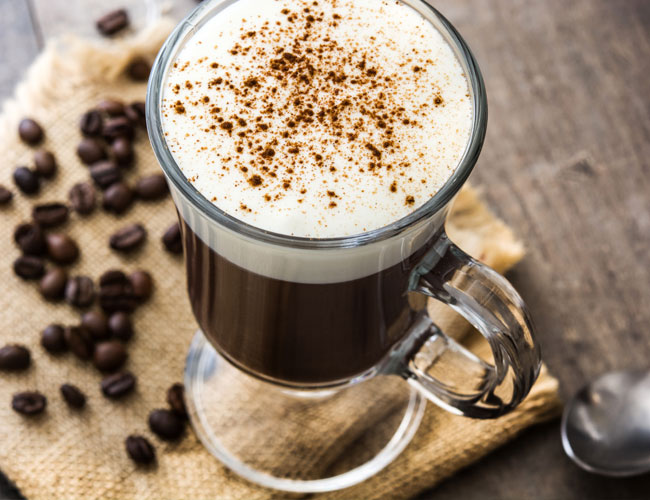 Thanks to the strong influx in the Veneto region of Anglo-Saxon and American artists and writers, strong drinkers and whiskey lovers, in this region the Venetian coffeebegan to spread, a reinterpretation of both the classic Italian coffee and the famous Irish Coffee. Prepared with whiskey, sugar, whipped cream and cocoa, it is a delicious drink to meditate, which writers and artists used to enjoy in the famous cafés of the regional capital. Today we can taste it also in the same old cafés that carry on this tradition, and it is the perfect drink for finding the artistic inspiration or simply for enjoying a moment of pleasure and gluttony. 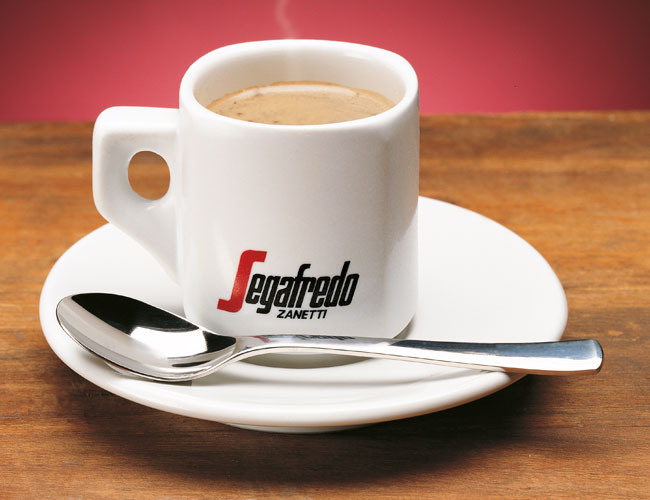 The homeland of coffee. Here taking a cup of coffee at the bar is a traditional as well as artistic gesture. What makes Campania coffee loved and appreciated throughout Italy and abroad?
Surely the peculiarity of the fact that the cup must be scalding. You didn’t burn your fingers? Then it was not a good coffee!
In addition, have you ever heard of “suspended coffee”?
In Naples, during the Second World War, those who could afford to pay for a cup of coffee would pay for one more, leaving it "suspended" for those who would want to enjoy this moment but did not have the opportunity for it. 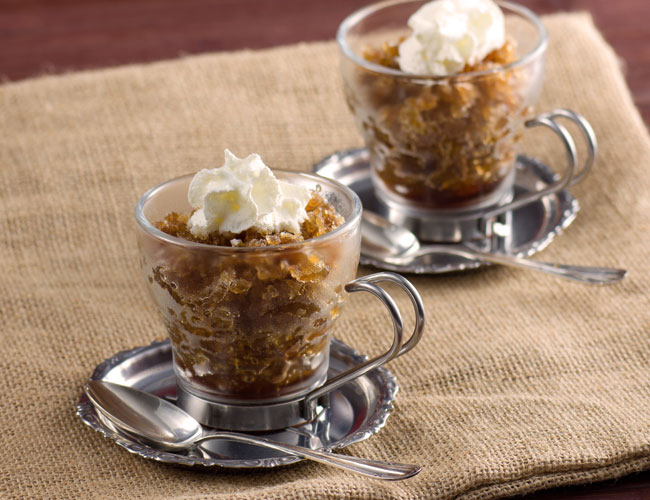 Coffee in this region is a symbol of Mediterranean culture, a unique blend of different characters, languages and expressions and a symbol of conviviality, sharing and territorial identity. Coffee granita, typical of Sicily, undoubtedly represents the double soul of the region, which is a land of conquest but at the same time a place of aggregation of different cultures. In this tradition, we find the historical meeting between the Arab coffee tradition and the Sicilian culture. The Arabs brought the sherbetrecipe in Sicily, an iced drink flavored with fruit juices or rose water. During the 16th century, this recipe was perfected by to the use of snow that was collected in Winter on Mount Etna, on the Peloritani, Iblei or Nebrodi mountains and stowed during the year in the niviere. 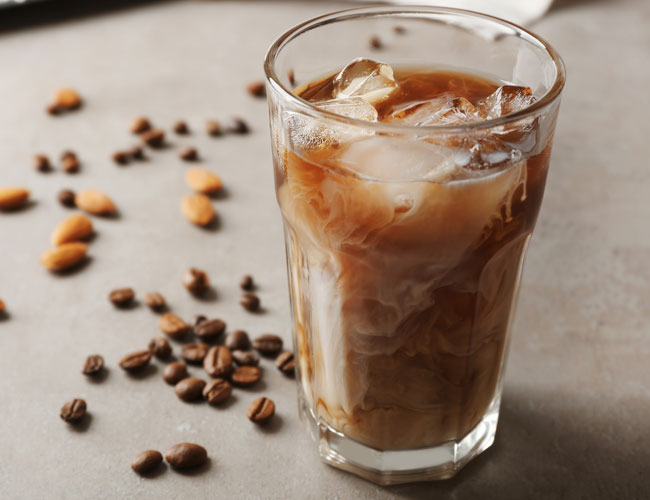 n Puglia, and in particular in Lecce and surrounding area, coffee is synonymous with iced coffee. This particular way of drinking coffee is now widespread in many bars throughout the Boot, but has its roots in Puglia: a glass filled with ice cubes is watered with espresso coffee and almond milk and the result is simply delicious! Iced coffee comes first of all from a need: when in the 70s no one had yet a refrigerator at home, people went to a coffee bar to pick ice. This is the origin of this Pugliese specialty loved all over the country!