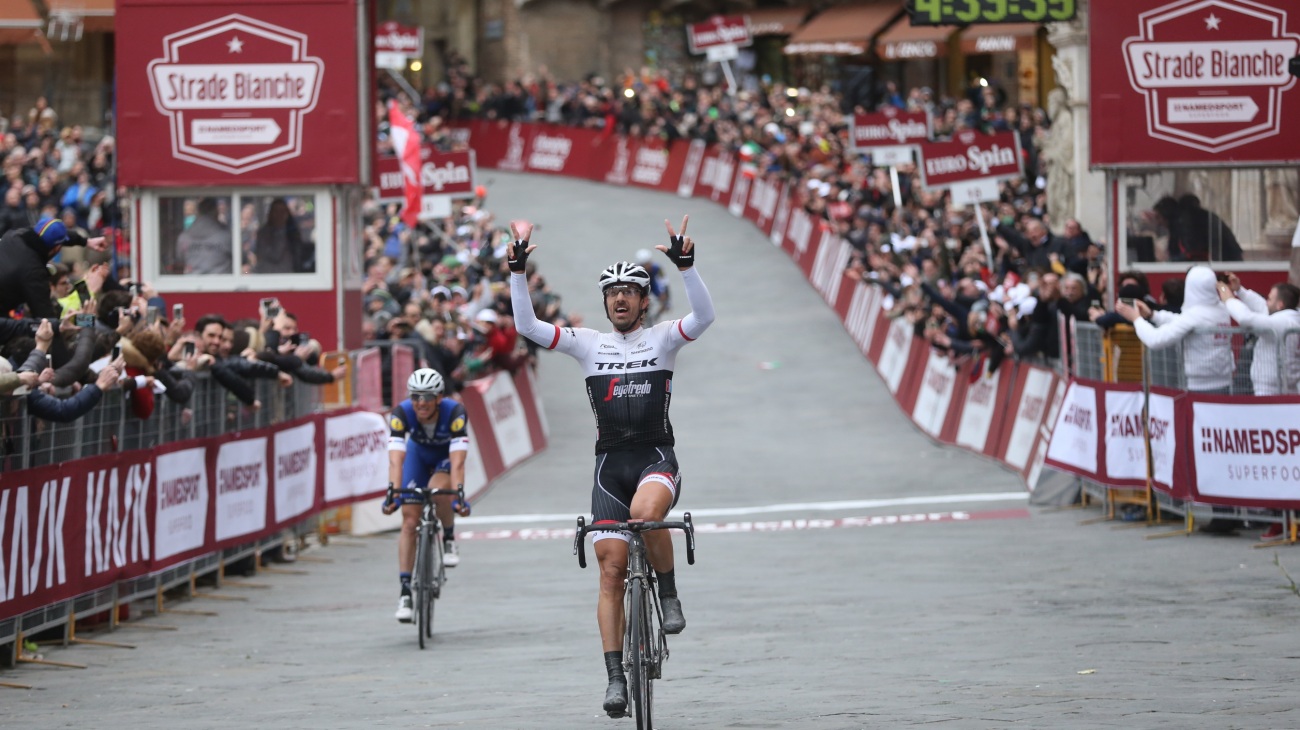 Strade Bianche (White Roads) is a race of times gone by, a happy combination of the great classics of northern Europe with the addition of the beautiful landscape of Tuscany.

In both races, men and women move from the Medici Fortress of Siena to end up in the historic Piazza del Campo.

Segafredo Zanetti is Sponsor of the historic competition since the 2016 edition, the one that saw the great victory of Trek-Segafredo with Fabian Cancellara, who reached the third success in his career that guaranteed him a stretch of Strade Bianche named after him.